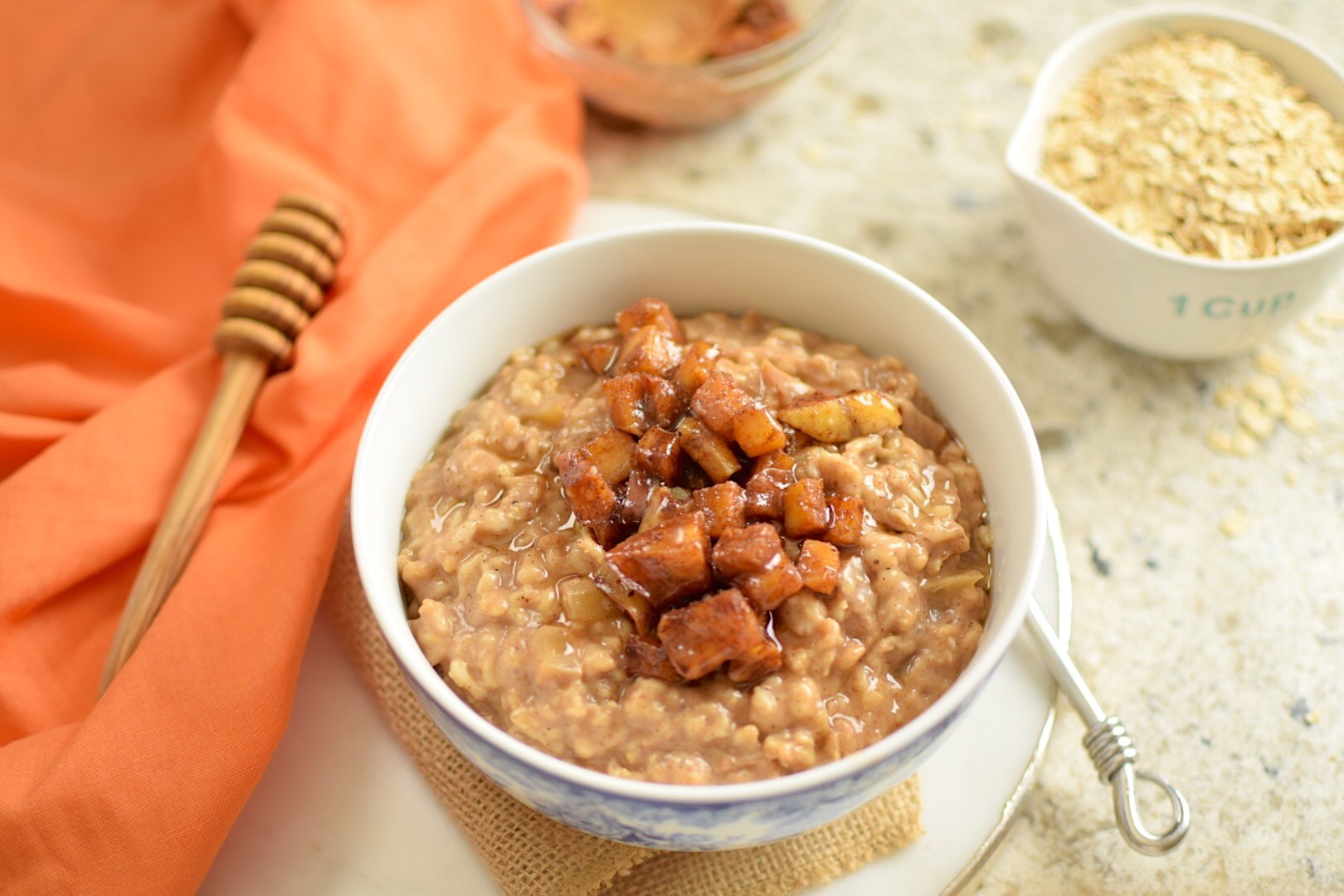 On a cold, brisk morning, who doesn’t love a steaming bowl of oatmeal (or porridge if you’re in the U.K.)?  This gluten-free recipe, with the option to be vegan, speaks to breakfast lovers everywhere. Plus, it has 3 healthy ingredients thrown together: apples, oats and cinnamon. Let’s take a deeper look at cinnamon in particular.

This silky smooth and smoky spice has long been regarded by many cultures as an essential ingredient to include in everyday diets. Recent scientific discoveries now back this up. In fact, in one study, 26 spices were compared for their nutritional value. Beating out garlic, cinnamon ranked the top spice to cause anti-inflammatory effects on the body, due to its antioxidant properties. (I swear, every time I open my cinnamon jar I hear tiny voices shouting, “we’re number one! We’re number one!”) It also stimulates insulin sensitivity, therefore helping lower blood sugar levels and producing an anti-diabetic effect.

Cinnamon is turning out to be a huge superhero in fighting disease, too. The science community is unveiling research that points to how cinnamon might effectively fight the HIV virus, treat respiratory tract infection caused by fungi, prevent certain cancers, and improve conditions for patients with neurodegenerative diseases such as Alzheimer’s and Parkinson’s. 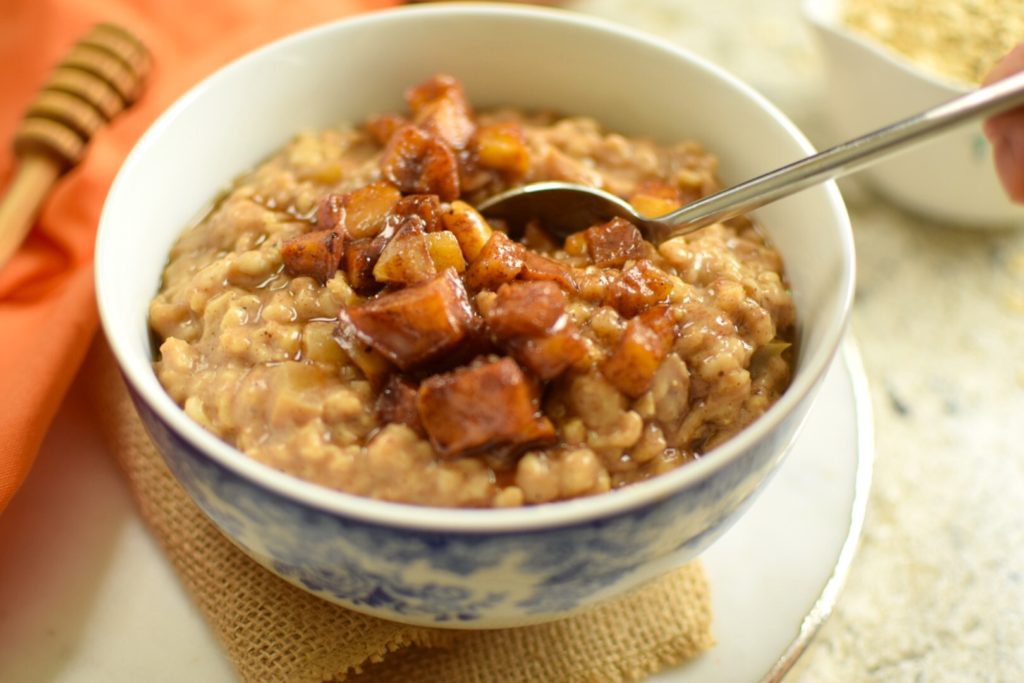 In this recipe, I’ve added apples and cinnamon to classic oatmeal for a sweet and satisfying meal. Apples, like oats, are high in fiber, making this recipe a one-two punch in the fiber department as well. I also like this combination because it reminds me of the Apple, Cinnamon Quaker Instant Oatmeal I used to eat as a kid. 🙂 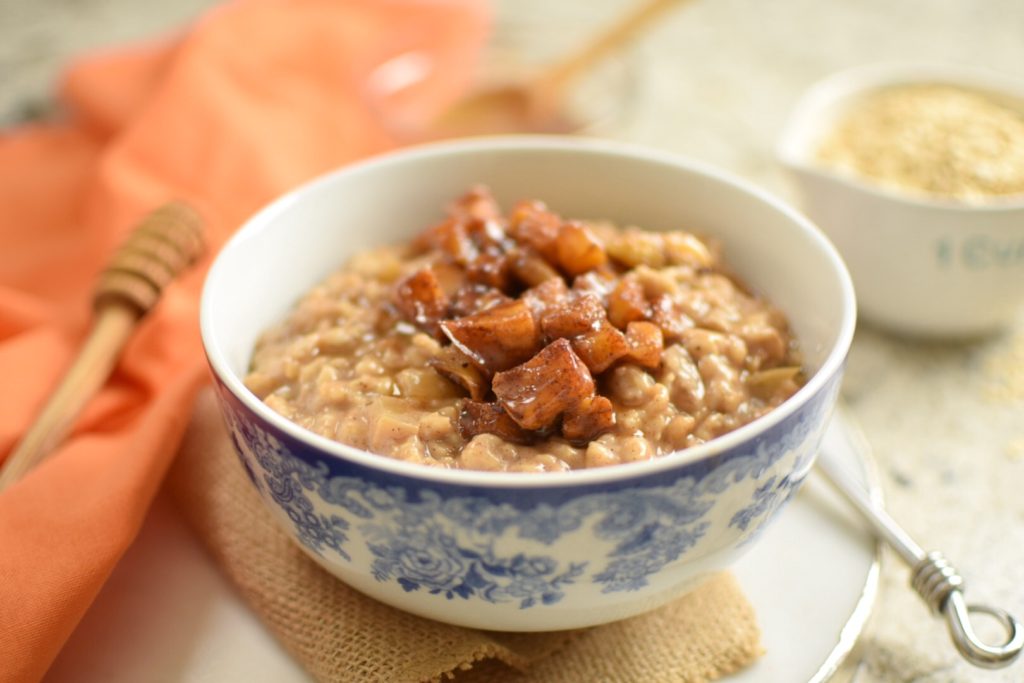 It should also be noted that oats by nature are gluten free, however they’re typically processed on machinery that also processes grains that contain gluten such as wheat and barley. For this reason, there’s a chance of cross contamination. If you suffer from celiac disease, you’ll want to make sure you purchase Certified Gluten-Free Oats, which means the oats are processed on Certified Gluten-Free machinery and there will be NO traces of gluten. For others that simply prefer to avoid gluten, the call is up to you. Nowadays it’s not hard to find Certified Gluten Free Oats in most grocery stores. 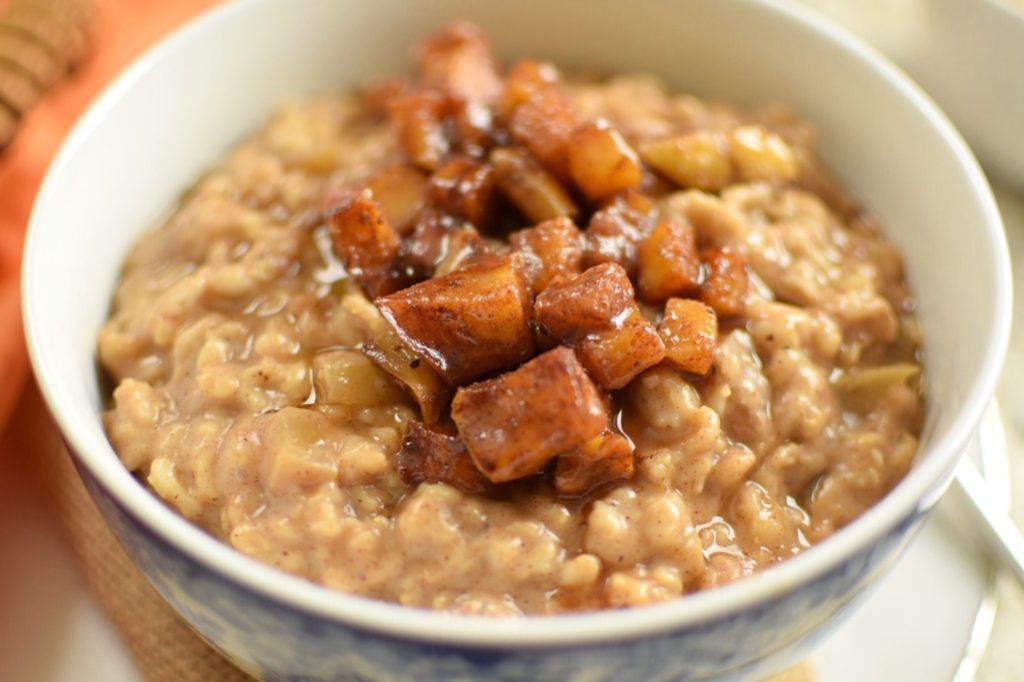 Specialty Equipment and Ingredients for This recipe: 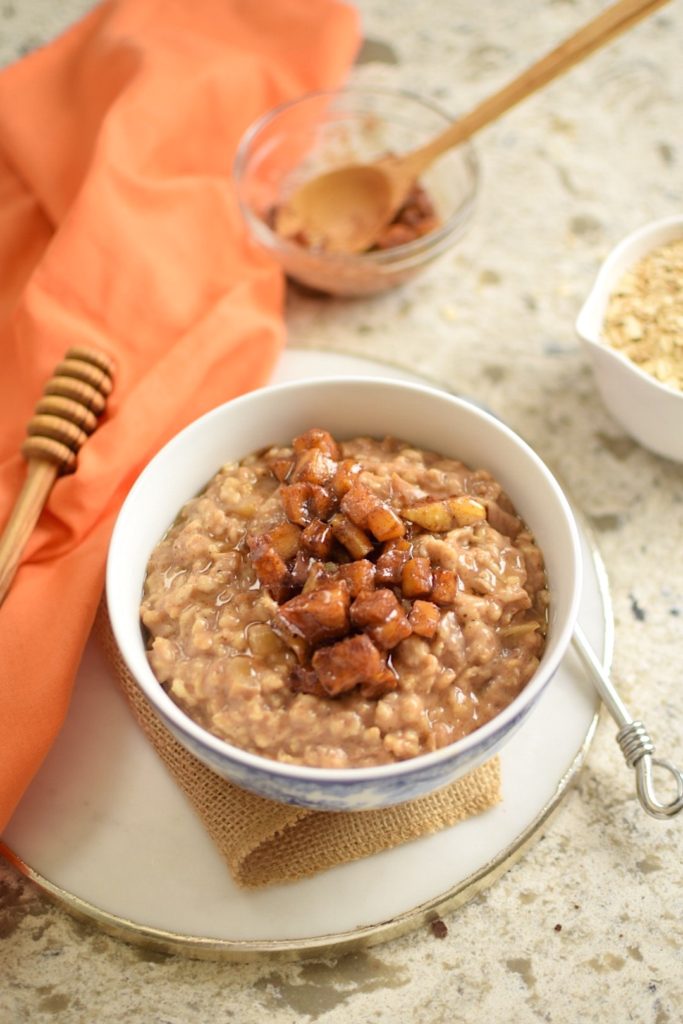 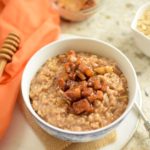 If you love oatmeal, you may also enjoy our Creamy Vanilla Rolled Oats Recipe! 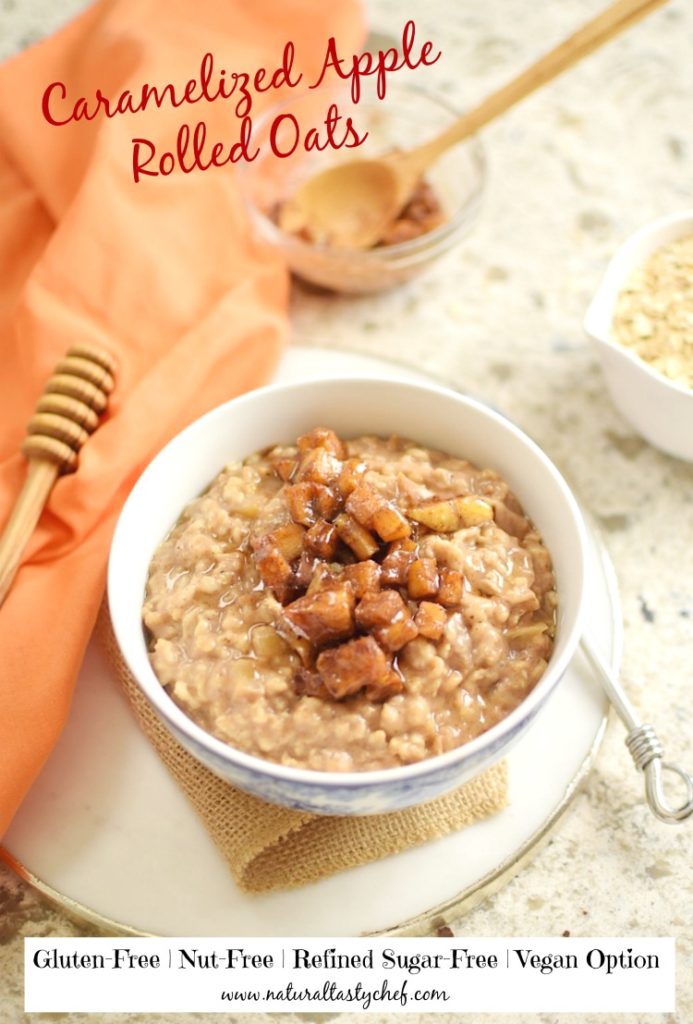